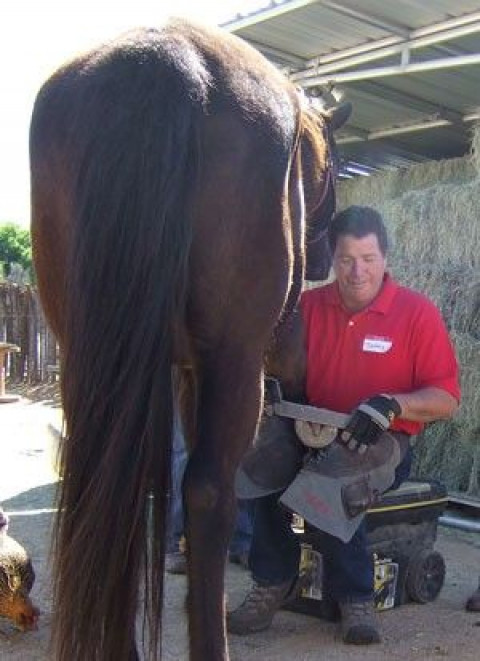 Based in the Phoenix area (Queen Creek), James Welz currently has clients throughout the state of Arizona, and offers his wealth of experience and education to barefoot horse owners. Many client horses have been trimmed by James for up to 15 years. The horses he trims include trail horses, pleasure horses, barrel racers, cutting horses, dressage horses, hunter/jumpers and endurance horses. His special interest is performance horses, though he enjoys helping all horses achieve better hoof health. His entire focus is on creating the healthy hoof.

Rates for Phoenix, AZ area (other areas may be available with additional travel fees):
$85/horse initial visit with consultation and analysis of your horse's current hoof health.
$65/horse for trims scheduled every 4 weeks.

James was, in his "former life," a technical wizard and computer systems administrator until his wife's mare foundered in 1999, and changed the course of their lives forever. In a desperate attempt to save this horse, they immersed themselves in the new barefoot movement, which had only just begun. James immediately began hands-on training with the only educated barefoot hoofcare specialist in North America at that time, Sabine Kells of British Columbia, Canada. In May 2000, he attended the controversial German Veterinarian Dr. Hiltrud Strasser's first U.S. clinic tour, and promptly enrolled in her one-year course, the first holistic barefoot educational program ever offered in this country. After studies in both Canada and Germany, James graduated in May 2001 in Tuebingen, Germany, with a certificate from the European School of Hoof Orthopedics (ESHOP).

James had been trimming about 100 horses professionally while attending school, but upon graduation in 2001, began trimming full time, soon more than doubling the number of horses. He has maintained a consistent client base of about 200 horses per month since then. During this time, he concentrated on learning from the horses, and developing a system that could merge theory with practical reality. His studies included wild horse hooves, Jaime Jackson's research, and Dr. Robert Bowker's research. His most important studies were conducted upon his own horses: seeing the cause and effect of every trim decision, month after month, year after year, upon the same horses. Without that experience, he never could have developed the system as it exists today. Many of his theories about the hoof are unique: building upon information from prior sources, but combined in a way that can only come from a truly mechanical mind (see HoofHelpOnline.com for more info).

James is a 2001 graduate of the European School of Hoof Orthopedics (ESHOP) in Tuebingen, Germany. 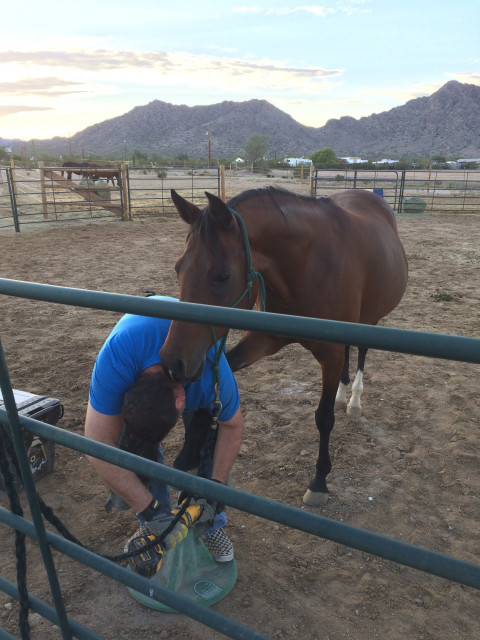 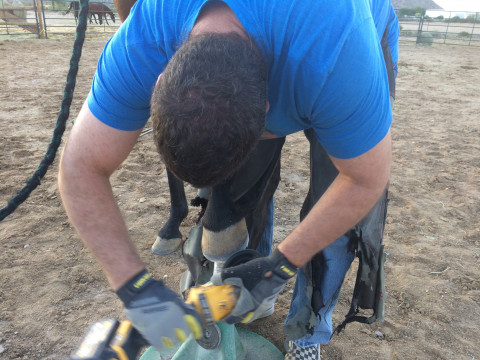 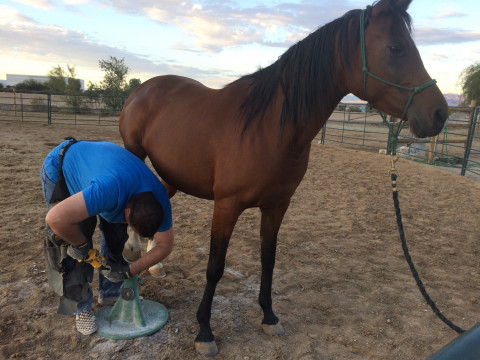 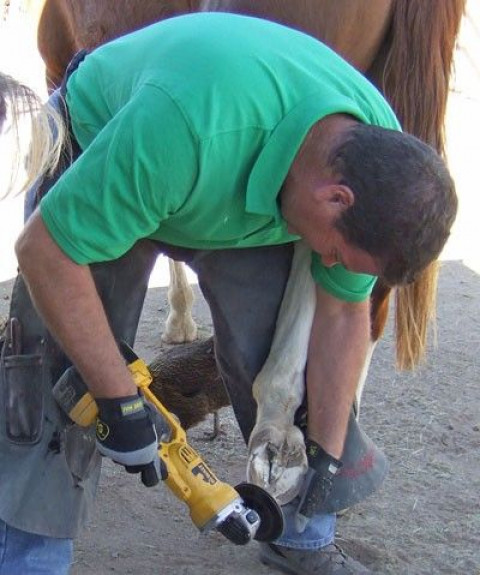 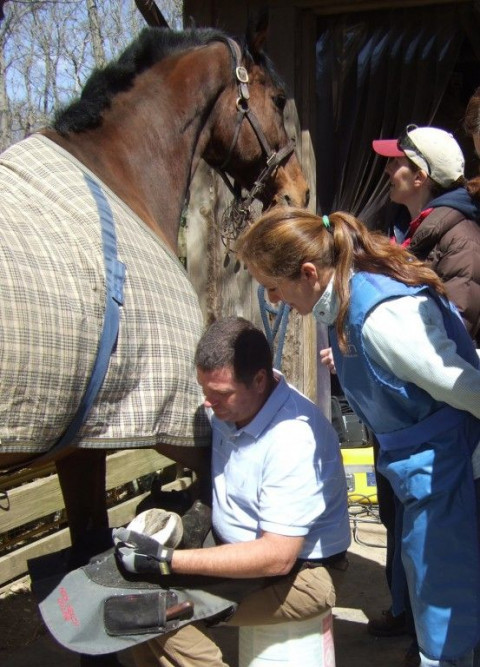 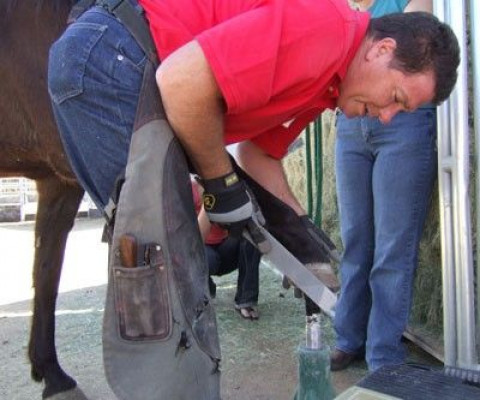 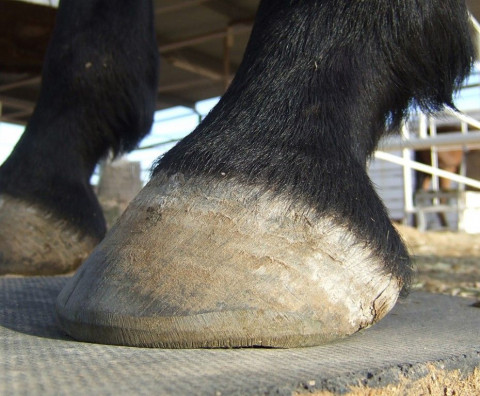 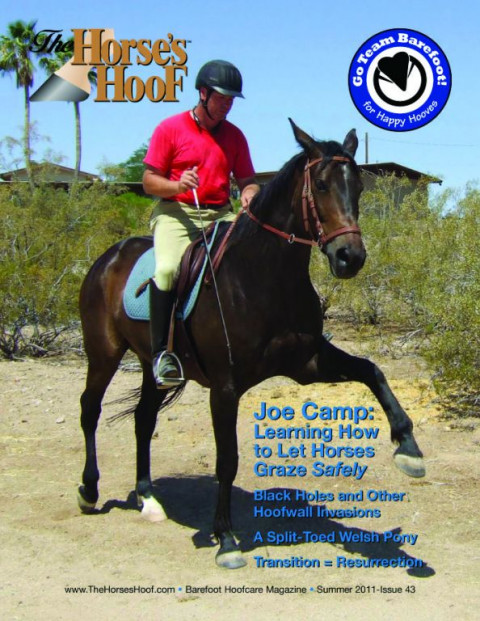 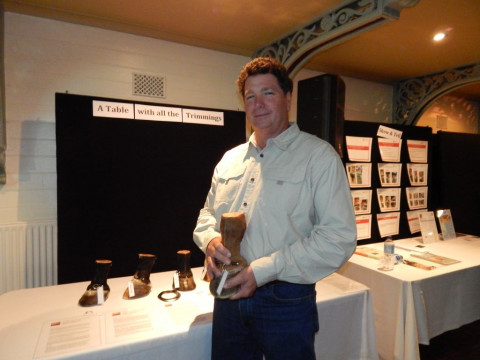 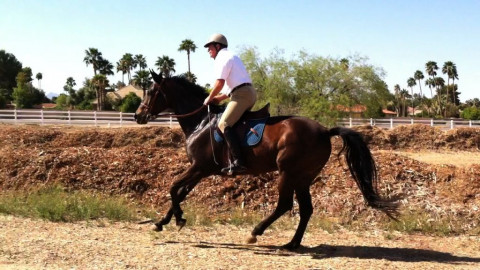